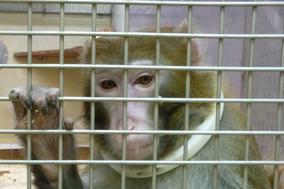 Senator Cory Booker has introduced unprecedented legislation that would dramatically decrease testing on primates. And in many instances, primate testing will be banned.

There are so many good things about this bill. Here are some of the ways this is going to help animals in need:

No experiments anywhere on primates without the approval of a panel of experts. This panel will also include members who are against primate tests.
No taxpayer funding for primate experiments
No outsourcing to evade the law.
No transferring primates to corporation - only to sanctuaries.
Budgeting for sanctuary retirement will be mandatory.

Here's how you can help. Without enough support in the Senate this bill can't move forward and help countless primates suffering behind closed doors. Please ask your Senators to co-sponsor this legislation today.

With your support this legislation will make history by making primate testing history. Thank you!

Seventy-one years ago today, the United Nations ratified the Universal Declaration of Human Rights to affirm the importance of respect for the freedom, equality, and dignity of all individuals regardless of “race, color, sex, language, religion, political or other opinion, national or social origin, property, birth, or other status.” The fight for nonhuman animal rights is rooted in the same values and principles of justice as human rights, which is why December 10th is rightly celebrated around the world not just as Human Rights Day, but also, as of 2011, Animal Rights Day. 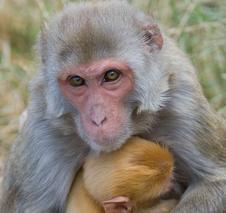 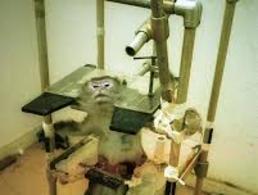 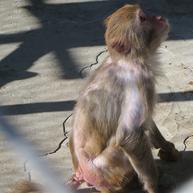 TAKE ACTION ! Ask your Senators to help end primate experiments.  We are the voice for the voiceless !

POSTED BY AMANDA NIEVES | 13 AUGUST 2021
WCW ENDS VA’S $7M ANGEL DUST EXPERIMENTS ON PRIMATES These cruel, tax-funded experiments included drilling holes into monkeys’ skulls to inject PCP into their brains— One Green Planet  Since 2019, WCW has  been working with Congress to shut down and defund wasteful and cruel experiments on primates in U.S. Department of Veterans Affairs laboratories.

26 Squirrel Monkeys retired from FDA research to Jungle friends Primate Sanctuary in Gainesville,FL . First time ever the FDA has retired monkeys to sanctuary !

For years, White Coat Waste Project has been working to defund wasteful taxpayer-funded experiments on animals at the Dept. of Veterans Affairs. This week, WCW won another decisive victory in the War on Waste: WCW shut down a multimillion-dollar boondoggle at the West Haven VA, where government white coats severed the spines of monkeys.

April 24 is World Day for Laboratory Animals –  During Lab Animal Week – April 22 to 29 – please contact your representative and ask them to support an end to testing of cosmetics on animals and for animal tests to be replaced with advanced scientific methods – where a non-animal alternative exists, it should be used.

During Lab Animal Week – April 22 to 29 – please contact your representative and ask them to support an end to testing of cosmetics on animals and for animal tests to be replaced with advanced scientific methods – where a non-animal alternative exists, it should be used.  The US is one of the world’s largest importers of primates for research – terrified monkeys continue to be torn from their forest homes to be taken to laboratory animal suppliers and from there, they are sold to laboratories where behind closed doors, they suffer in horrific experiments. In the US alone, an estimated 17 million animals are used in experiments each year, despite that advanced scientific alternatives are available and can produce faster, more accurate results, relevant to humans.  The fundamental flaw of animal research is species differences – each species responds differently to chemicals, drugs and other substances and studies have found that the outcome of a laboratory experiment can be affected by the animal’s age, sex, diet and even bedding materials. These differences have provided misleading results when products have passed safety tests in animals, only to cause adverse effects in humans.Type your paragraph here.

Animal Freedom from Testing, Experiments and Research (AFTER) Act(HR 2897/S 2322)

The AFTER Act (HR 2897/S 2322) requires federal agencies to enact policies allowing for the retirement of dogs, cats and other animals no longer needed in government experimentation.

Animals are used in tests ranging from non-invasive studies to painful experiments without pain relief.

Because most agencies do not have policies for retiring animals post-research, healthy animals that often

cost taxpayers thousands of dollars each are killed in government labs, rather than being adopted out,

released to shelters or relocated to suitable sanctuaries.

Studies show that former laboratory animals can thrive after retirement from research.

NIH: In 2019, the NIH enacted a policy allowing for the retirement of healthy animals after experiments end.

VA: In 2018, the VA adopted the government’s first policy supporting the post-research retirement of AWA- covered animals, stating: “VA has an ethical obligation to arrange for placement of healthy and socially

Other agencies do not yet have formal policies but otherwise support lab animal retirement:

CDC & FDA: In a Jan 2019 letter to Congress, CDC and FDA wrote, “We are supportive of the adoption of cats, dogs and primates when relocation is safe and medically appropriate.”

o DOD: “The Department’s view is that adoption or retirement of animals involved in research...should be considered wherever possible.”

o FDA: In 2018, FDA successfully retired 26 primates to a sanctuary after ending tests on the animals.o USDA: After ending testing on kittens in 2019, USDA adopted out the remaining cats to staff.

The American College of Laboratory Animal Medicine states it “fully supports the concept of adoption” and “Adoption of research animals is valued by the public, laboratory animal professionals, and the entire researchcommunity.”

11 states—CA, CT, DE, IL, MD, MN, NV, NY, OR, RI and WA—have passed laws encouraging or requiring the adoption of cats, dogs and other animals no longer needed in research.

Violet was adopted from a taxpayer-funded lab by the White Coat Waste Project team.

WASTEFUL KILLING OF HEALTHY DOGS, CATS AND OTHER ANIMALS IN FEDERAL LABS